The Dental Dam Is Overdue for an Update, and Lorals Is Offering a Sexy Alternative

Picture this: Tropical breezes, palm trees, sandy beaches, cold drinks, and a super babe by your side in a swimsuit. You’ve made it through the security, the flight, and hotel registration to get here, and now all you want to do is relax, kick back, make out, and see where things go.

It’s a sexy scenario, right up until you get to the bedroom (or wherever, this is your show), and your partner remembers she hasn’t showered since before the flight, and it’s been sweaty and there was seawater and maybe some sand? Regardless, she’s not feeling confident about herself, and doesn’t want you to go down on her right now. 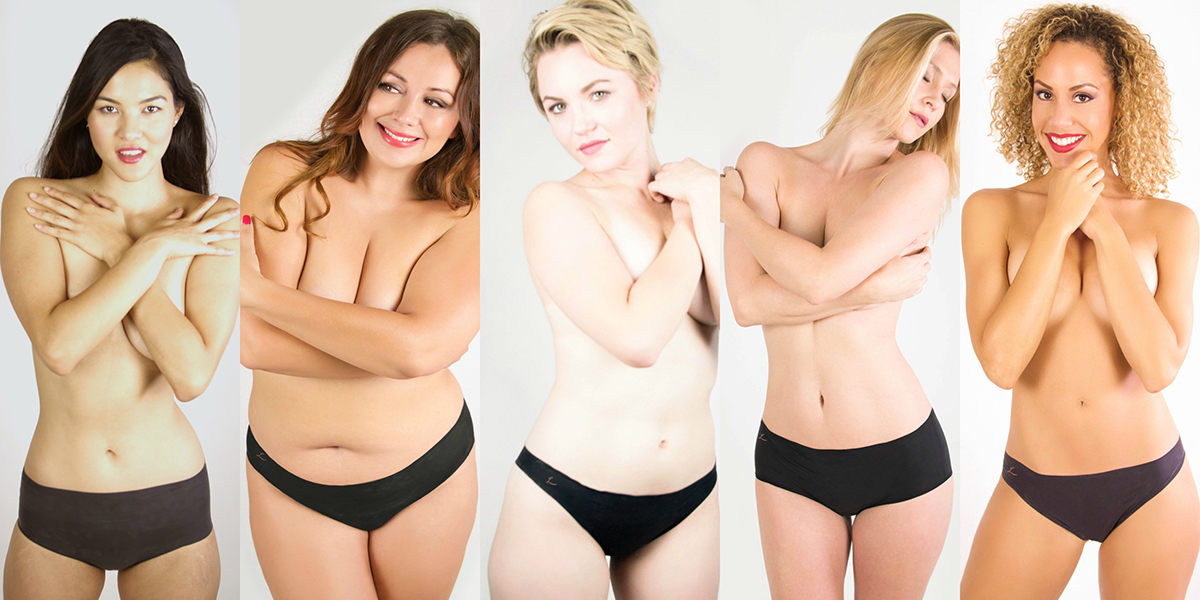 Since 1864, other than taking a shower, the answer has been pretty much relegated to dental dams. Yes, 1864! Meaning dental dams have been around since one year before the Civil War ended, and have undergone precious few updates since. A dentist named Sanford Christie Barnum created them in order to make surgery on a single tooth easier.

Since then dental dams have languished, largely unused except in safer-sex talks and as an easy punch line. According to a 2010 Australian study, just under 10 percent of women who have sex with women use dental dams during oral sex, and only 2.1 percent used this form of protection regularly.

At Autostraddle, we’ve conducted our own unscientific research into the habits of our readers; in the 2015 Lesbian Sex Survey, 5.5 percent of the 8,689 readers who answered the question, “What kind of protection do you use?” said they used dental dams, 9.2 percent said they used nitrile or latex gloves, while 72.9 percent reported not using protection at all.

One of the criticisms regularly lobbed against dental dams is the product’s perceived lack of sexiness, that stopping to grab one could kill the mood.

Melanie Cristol was fed up.

An accomplished consumer product and healthcare attorney at an international law firm based in Los Angeles, there wasn’t anything in her life that hinted she would be the reason for the next evolution in dental dams: Lorals. 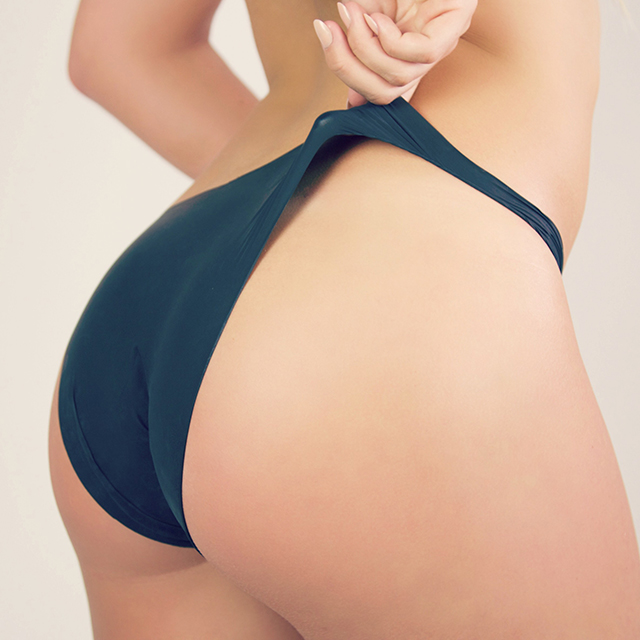 Lorals look like lingerie, a nice set of panties, but they’re also the same material as a dental dam, just thinner and softer — single-use panties built for oral sex. Cristol said the idea came from the mother of all good ideas: necessity.

“My then-wife and I found ourselves needing a dental dam,” Cristol said in a recent interview with Autostraddle. “Not only can you not find dental dams anywhere, but they’re the least sexy things.”

She thought about how it could be done better, and eventually came up with the idea for Lorals. Then it was just a matter of deciding she wanted to pursue the project, and Cristol was suddenly all in as an entrepreneur.

Before she started developing the idea, she spoke with a test group of folks who might be interested in the product.

“I would say maybe 10 to maybe 20 percent of people I talked to know what a dental dam is,” Cristol said.

Many of the people she spoke with were in long-term relationships and hadn’t thought about using a dental dam because they didn’t have fear of STDs; most said they say no to oral sex because it feels really intimate, and they aren’t in the right head or body space to participate.

“I heard a lot about how if they’d had a product like Lorals, they could say yes to oral sex more often,” Cristol said.

Cristol crowdfunded Lorals through Indiegogo, and the project raised more than $31,000, or 147 percent of its goal. The first products ship in September.

“I want people to be able to have more oral sex, I don’t want there to be barriers other than Lorals. I want this to become a more common activity for women. I wanted to give women more options to be able to say yes.”

As it stands now, Lorals are marketed as a product to be used for greater comfort during sex. Cristol’s company can’t quite yet say the panties are for protection against STI transmission, because the U.S. Food and Drug Administration requires safety testing that doesn’t yet exist for a product such as Lorals.

In order to market the panties as STI protection, the company needs to test every single panty to make sure there are no tiny holes that would allow any sort of STI transmission.

“Those machines already exist for condoms, but Lorals are shaped differently than condoms,” Cristol said.

Cis and trans people of various genders and sexualities tried the product, Cristol said, and some said they liked it because they could feel the sensation, but not the contact, and the oral sex felt less associated with their genitals and more with pure feeling.

It probably helps that Lorals feel like luxurious fabric instead of latex, Cristol said.

“It’s refined and softened to feel very much like silk, except very, very, very stretchy silk that allows the giver to maneuver around their partner and reach all of the different areas and give them as much pleasure as possible,” Cristol said.

Test runs with queer groups around the world have been positive, and the notes she has received from people who used to have anxiety around oral sex but now enjoy it make the whole process worth it.

“I want people to be able to have more oral sex; I don’t want there to be barriers other than Lorals,” she said. “I want this to become a more common activity for women. I wanted to give women more options to be able to say yes.” 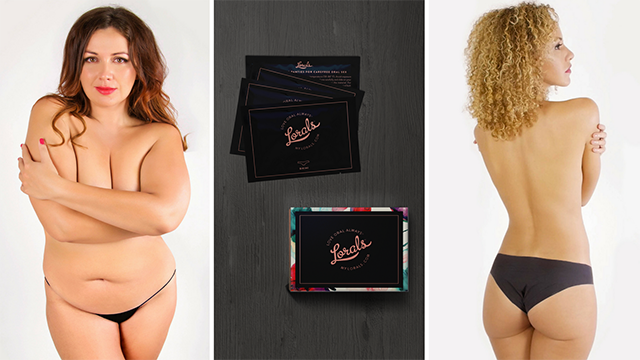 For now, Lorals are available for purchase online in packs of four. Cristol hopes to get them into stores eventually, with both the comfort and STD-protection lines.

Building a three-dimensional panty out of the correct material took testing, time and technology, but the resulting product stays in place, looks good, and can be taken anywhere. It’s also become Cristol’s top focus to get this product out to the world.

“It took a lot of time and thought and money in order to do that, and I think that probably other than this one random lawyer it wasn’t anyone else’s top priority,” she said. “Now it is my top priority and lifetime dream.”